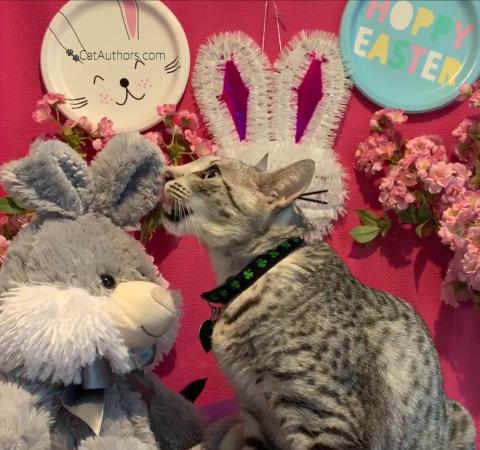 Yep.You caught me, rather my hooman caught me. I'm checking Mr. Gray out. Is he furr real? I have a tiny, cigar-shaped organ in the roof of my mouth behind my front teeth called "Jacobson's organ." I open my mouth, breathe the scent in from whatever I'm investigating. It's officially called the 'Flehmen response.'  It's also called stinky face, silly face, funny face. Big cats & horses fur shure do the same. Gotta' curl that upper lip to pull in a good whiff.  Now I know, Mr. Gray furr shure isn't real.