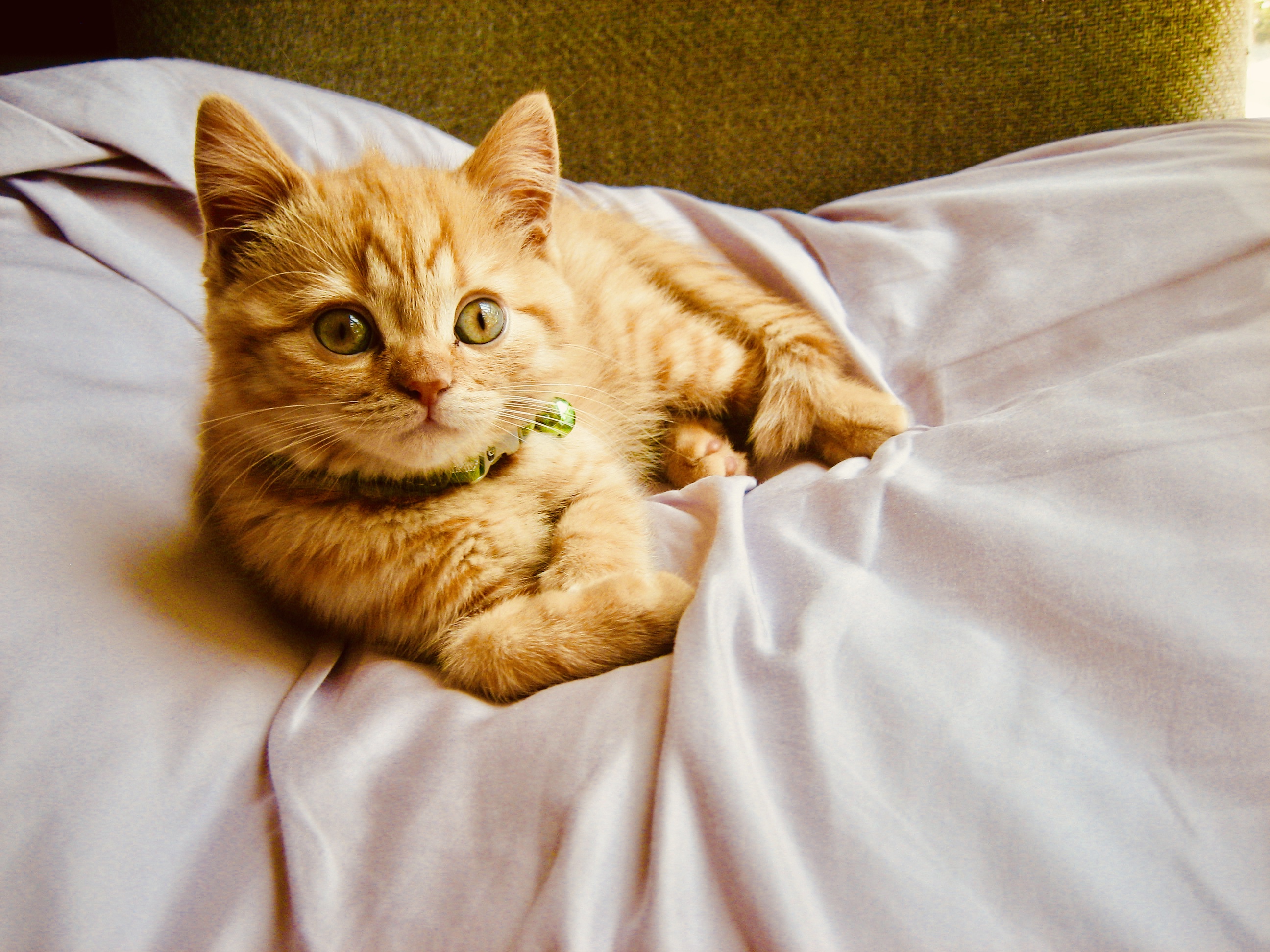 COST SUMMARY OF A PET/CAT:  Pet parents spent $53 billion in 2012 ($70 billion in 2018) per the American Pet Products Association.  Individual annual cost per pet is estimated at $1,035 in 2012 (similar today) per the American Society for the Prevention of Cruelty to Animals (ASPCA).  They estimate that it costs $1,000 for the first year & $500 annually thereafter barring any major disease or accident. For cats, this includes food, kitty litter, pet insurance coverage & basic preventive vet care.

Gracee, my little kitten was very expensive.  One night, she & Inkee-Bear were rolling around together on the floor, one of Inkee-Bear's claws cut her eye. Of course these things happen after midnight or on weekends.  We scurried off to the specialty vet hospital.  She came home after 4 days in the hospital.  She had to endure 18 eye drops per day &  I endured a $1,000 + vet bill.  Just a short time later, she was diagnosed with Irritable Bowel Syndrome after a costly $2,000 + diagnostic procedure to examine her tummy & intestine.  Follow-up care included medication & special food. She's very healthy now & has transitioned to regular food.

The 2013 edition of the Catster Magazine (also on the internet) suggested that there might be 5 potential tax deductions for cats:

1. Breeders:  only if breeding is a career (your cattery & cats must be registered with either TICA or CFA) & not a hobby; can deduct as a business expense for the care & feeding of their cats & kittens.

2. Pet Actors:  only if your cat is actually in show business.  No, they don't mean that cute photo or video uploaded to YouTube.

3. Pest Control: only if you have a business & your cat provides pest control -- snakes & rat reduction/elimination.

4. Adoption:  The cost/fee given to a charitable donation for adopting a cat. These adoption fees typically cover shots & spay/neuter.

5. Foster Care: only if you directly foster a cat for an animal shelter or rescue organization -- you can deduct vet bills, boarding, food, collars, leashes, medication & toys.

There was a movement to relieve some of the burden of pet care costs a few years ago per the Catster Magazine.  A bill was introduced to reduce pet parents' financial burden by allowing a $3,500 annual tax deduction.  It was bipartisan but it did not garner enough votes although supported by many pet organizations.  The article cautions taxpayers to tread carefully when making these deductions by having receipts & documentation to back up these claims should the IRS audit your return.