CATS IN THE TRENCHES 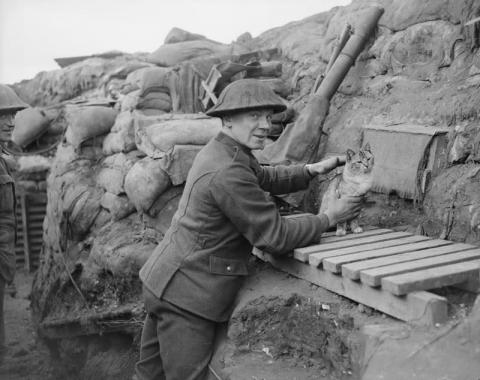 This pic is:  "A gunner with the regimental cat in a trench. Cambrin, France. 2/6/1918 (1WM)"  Per an article on 8/22/2014 by Bruce Strauss: "Cats were a common sight in the trenches & aboard ships where they hunted mice & rats. Beyond their 'official' duties, they were also embraced as mascots & pets by the soldiers & sailors with whom they served.  An estimated 500,000 cats were dispatched to the trenches where they killed rats & mice..."