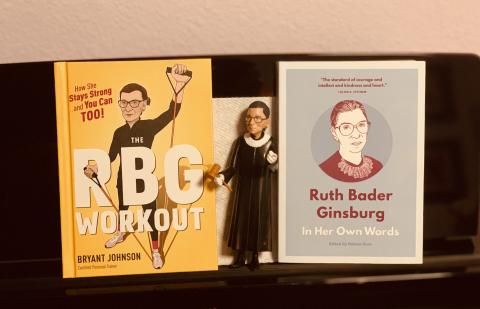 Our hooman lost a hooman that she admired, RUTH BADER GINSBURG. We're sharing two of RBG's quotes from "In Her Own Words:"  ----"Sometimes people ask me, 'So now there are three of you. When do you think you will have enough women on the Supreme Court?'  And I think: when we are nine."  ---- "The dean (of Harvard Law School) greeted the women in his first-year class with an invitation to dinner at his home. He brought us into his living room and called on each of us to tell him in turn why we were at the Harvard Law School occupying a seat that could be held by a man."