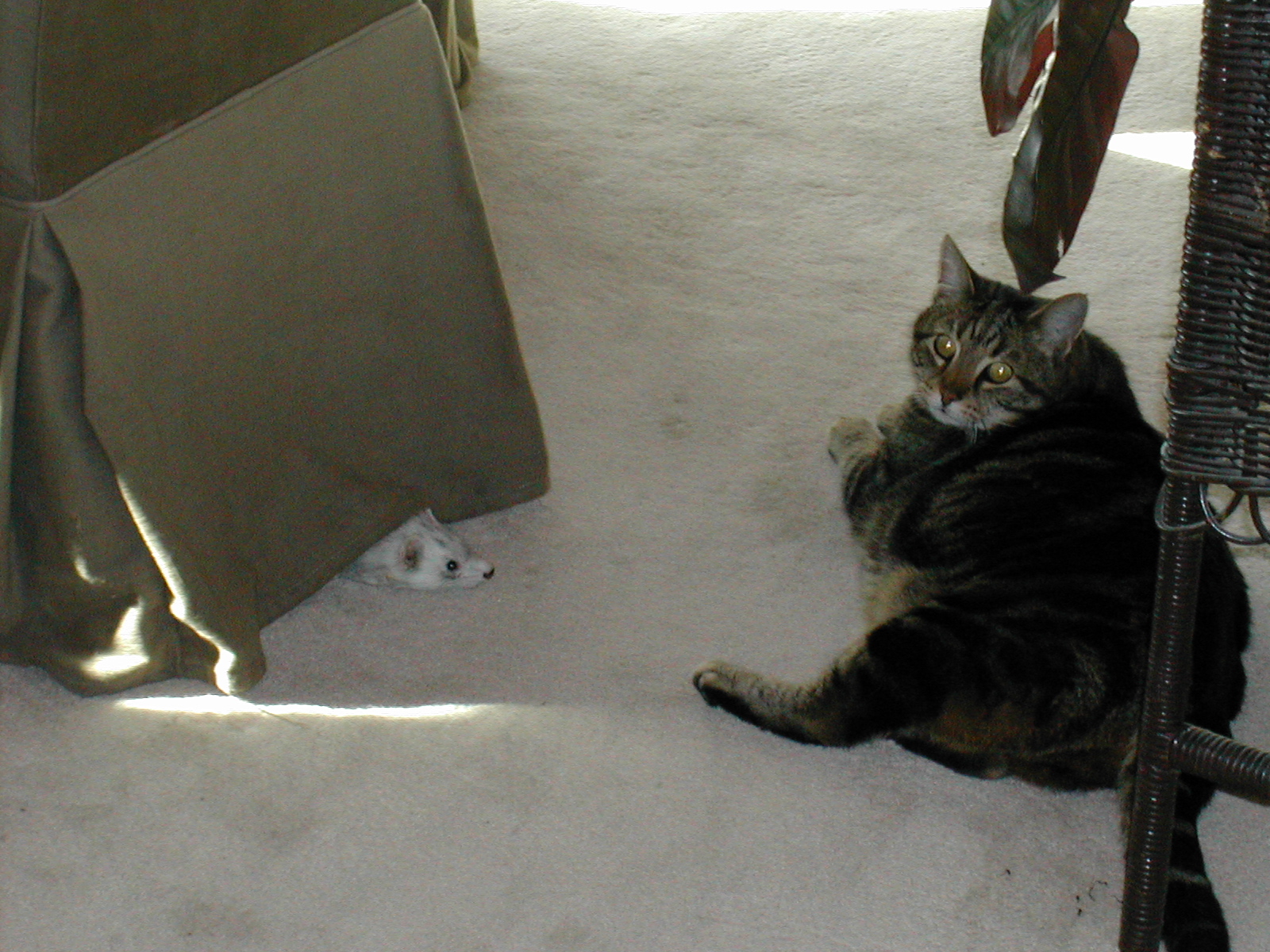 Captain Slinky was a ferret, named for is method of climbing and descending steps, and for his rank among ferrets. Rocky was a cat, named after a Beatles song.

Rocky was trained by a diligent pair of young boys to stalk and ambush toy trucks pulled on a string. Captain hid used q-tips and cotton balls under couches and furniture, probably for a rainy day but possibly for a sculpture he never got around to completing.

Rocky never got caught in a tree, feared no creek, and could sit steely a mere window pane apart from a family of raccoons - watching them eat his food. Captain was once briefly confined to a basement laundry room in a brand new house, only to find a perfectly-sized escape tunnel in the form of a dryer exhaust pipe. To our surprise, both Captain and Rocky greeted us from outside the sliding door one breakfast.

If we could only know the perils and pleasures of outside cats and furloughed ferrets.

The two became friends, with some reluctance on Rocky’s part. If anything, Captain succeeded in overwhelming Rocky with companionship - and butt-sniffing. But Rocky was undeniably interested in his little protégé. His tail would twitch as he watched the ferret peak out from under a chair. There would be the occasional pounce and play. Mostly though, Rocky remained the aloof older brother, and Captain the tag-along.

A friendship formed in the mysterious wilds of suburban Ohio.