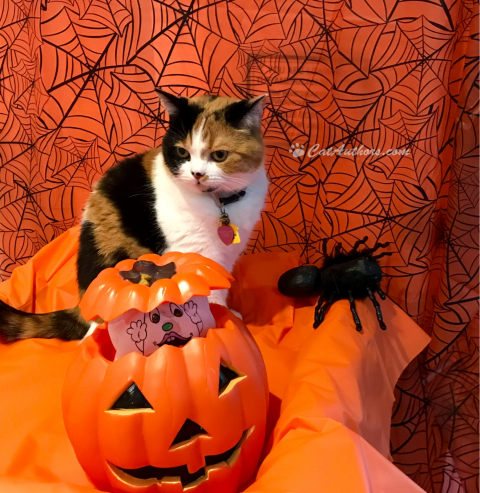 Why so much orange? Cause of Hallow-weird--Halloween? Why are these "things" sittin' here? Too weird. I mean, if you're lookin' at my pic, are you left like totally speechless? meowless? An orange pup-kin? It makes a yowlin, ghoulish sound that makes me literally flee to my blanket. No, not on it, under it. Know what I mean?

DELIVERED TO OUR DOOR 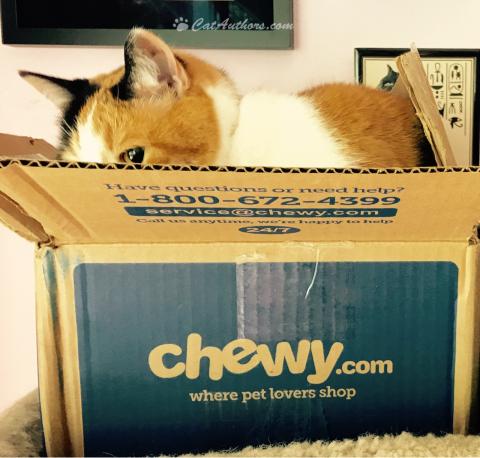 Meowmuh tried something new. Instead of buying food at a store, she ordered it online from this company called "Chewy." It was delivered today! You caught me here inspecting some of the items still in the box. There's a second box. It was huge & heavy. Meowmuh unloaded it & put our cases of food in our very own, special "Cat Cabinet." 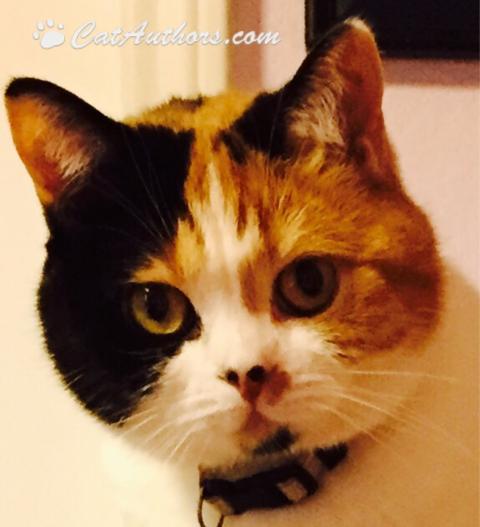 Know who my dad is? Mr. Kool-Kat. Know who else is Mr. Kool-Kat's dad? Inkee-Bear. Obviously Inkee-Bear & I don't look alike but we're alike. See our gold eyes? We both LOVE to play. I look like my mom. She is cinnamon-gold & white. My black fur comes from my dad. Cool, huh?  I mean, kool, huh? Oh, wanna' give a special Happy Dad's Day yowl to my hooman Uncle John! 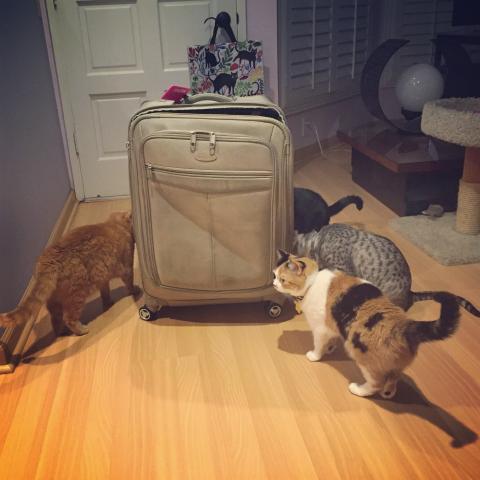 Meowmuh just returned from the BlogPaws and Cat Writers' Conference in South Carolina. She's been gone for 5 whole days!! We helped her pack, now we're gonna' help her unpack. But first, we gotta' check out her luggage.  Meowmuh calls us her "sniff patrol." 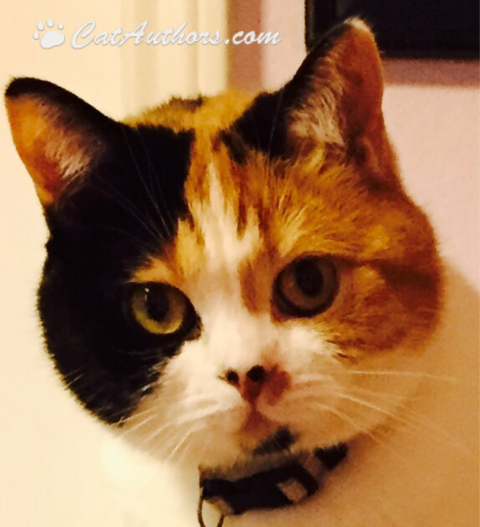 I know you'll have a hard time believing this cause Gracee & don't look or act alike but we have one BIG thing in common. We have the same Mom!! I look like my mom. But Gracee?  Well--see for yourself in the next post. 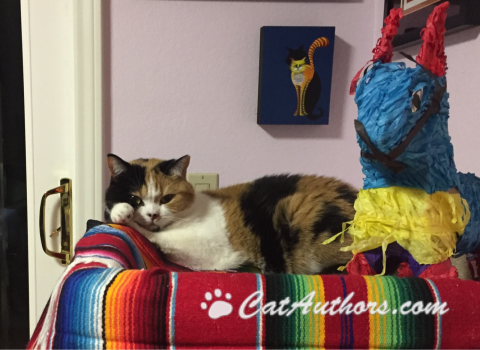 OK OK. I've made peace with this little piñata. He can stay in the cat tree for now. He says he's lonely. He came from Dino's Discount Party Supply--that super party store in San Fernando. Meowmuh says Dino's has everything & they are very nice. Happy Cinco Day to all you two & four- legged critters out there. 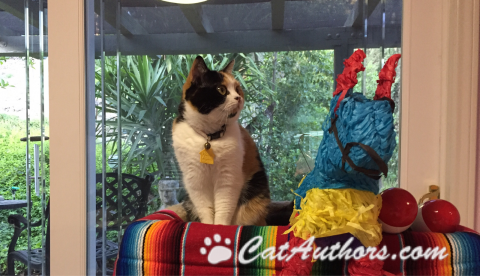 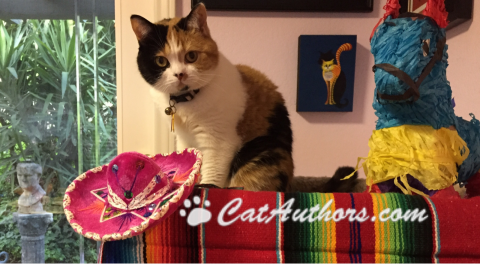 You've got to be kidding, right?. No, I will not let you put that sombrero on me.  I'll shake it off. You know I will.  No one can cover MY ears!! True, the sombrero is very pretty & colorful but so am I. For me and for probably many other four-legged critters, looking at it is pawsomely more fun than wearing it. Fur shure.

IT'S TIME FOR YOU TO BE IN BED!

What time is it anyway? Whatever time it is, we know it's time for you to be in bed!! We've been waiting and waiting and waiting. Look'it Spirit, he can't even get his eyes open let alone keep 'em open! Put that computer to sleep so we can all sleep. We thank you very meowuch. 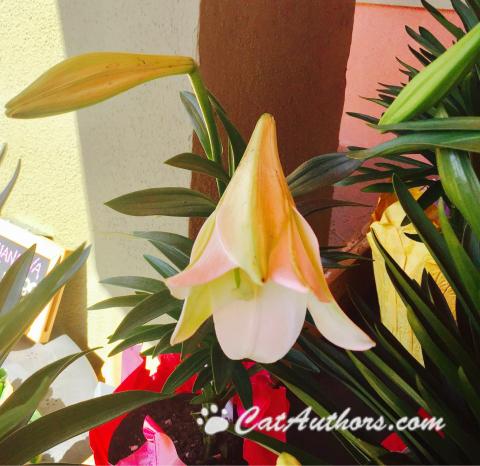 The Humane Society says:  ALL PARTS OF AN EASTER LILY ARE POISONOUS.   If you have an indoor cat, DO NOT buy an Easter Lily to put in your home.  If your cats are indoor-outdoor cats, or if you feed feral cats, DO NOT place Easter Lilies on your porch or around your house.  Meowmuh told us to be sure and tell you.