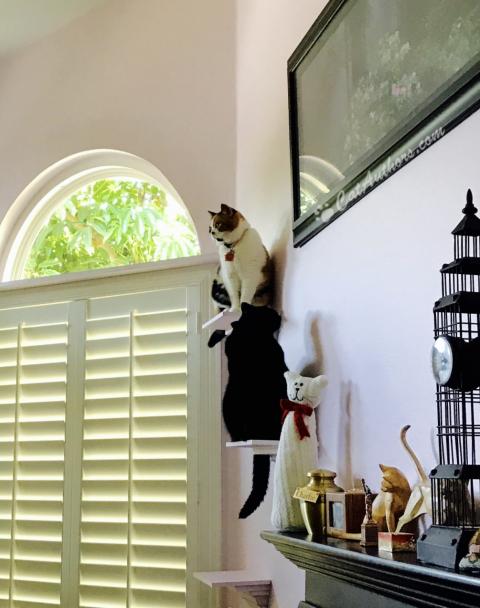 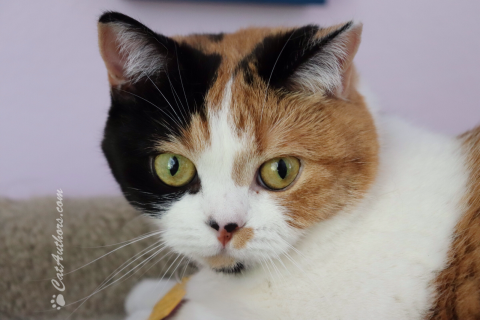 Yep. I'm serious. August 8 is International Cat Day! Meowmuh said so. It's to celebrate ALL cats in every country; in the entire, humungous, gy-normous world; in the whole universe; in the entire solar system!  Surely there's cats on other planets.  If they think there's hoomans on other planets, there have to be cats too. Right? Just think about it.

WRESTLEMANIA: WILY CAT VS DOG (If you can't see this video, CLICK HERE)

Testy kitten Annie wrestles with sibling Lucy in a play-fight.  This wily kitten doesn't back off or give up.  Watch her smooth move as she deploys her newest technique -- backing into the 'enemy.'  In less than 15 minutes, they are snuggled together. Yes, doggie Lucy has joined her new kitten sibling in, what is commonly known as, a 'catnap'.

IN PURSUIT OF THE GHOST TOY (If you can't see this video, CLICK HERE)

Watch Aunt Laurel's creative kitten as she rolls & flips after her 'ghost' toy.  She's got it, no she doesn't; yes she does, no she doesn't.  Little Annie's imagination is TOTALLY in charge!

PRACTICING TO BE A SKILLED PREDATOR (If you can't see this video, CLICK HERE)

New kitten Annie's murderous, predatory skills are on display as she attacks her fav toy -- the pink mouse. Watch to the end when she scores a 10 for a perfectly executed forward roll.

CATCH THAT TAIL UNTIL-- SURPRISE! (If you can't see this video, CLICK HERE)

Watch Aunt Laurel's new kitten, Annie, pursue her doggie-sibling's tail.  Annie is focused & dedicated to catching  that tail!  Persistence pays off.  She catches it several times until, CLAMITY STRIKES!  Her new sibling's stiff tail bops her in the whiskers!  She sits and collects her thoughts for a moment--but just for a moment. 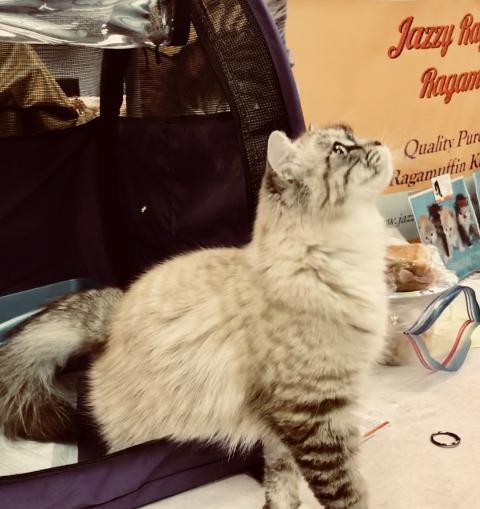 Ragamuffins are a laid-back breed -- not like me. These cats, like Ragdolls, make good therapy cats because they (well, most of them) completely relax when hoomans hold them.  Hoomans like that.  This is one of the cats being judged at the Cat Fanciers' Cat Show in Houston, Texas.  Meowmuh said she spent hours there looking at all of the cats and talking to their 'staff" (caretakers). 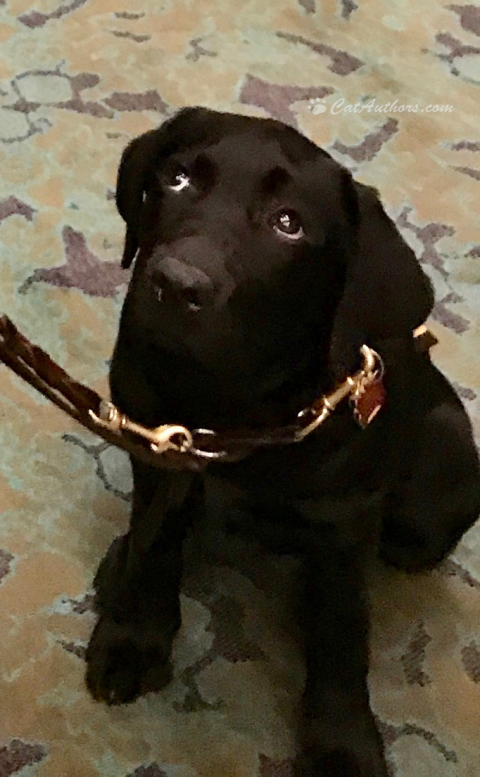 This black lab puppy is 5 months old. He'll be with his foster hoomans for 15 months. They've fostered prior guide dogs. 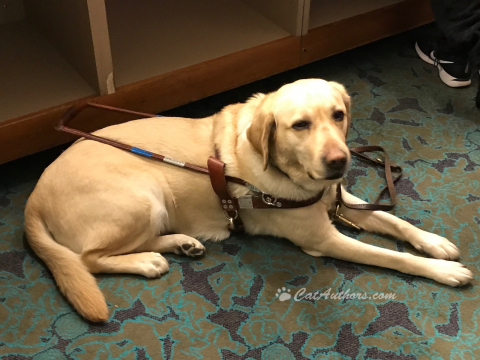 This is an 'elder' guide dog at an ALOUD presentation at the Los Angeles Central Library. Meowmuh went with our auntie, Laurel. The presenter was Stephen Kuusisto, also known as the Blind Poet. He discussed passages in his book about the limits on his life prior to deciding to apply for a guide dog. Of compelling interest was the saga of his sojourn in & through Guide Dog School. 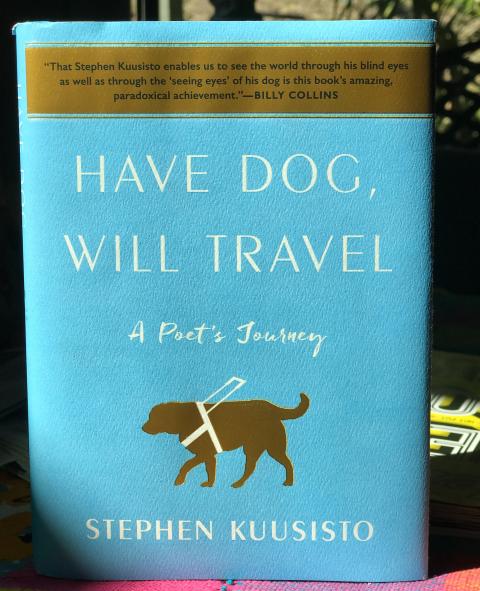 Yes, this book is about a DOG, not a cat. We all know most dogs are 'OK' but this dog, Corky, was special.  He was Stephen Kuusisto's first guide dog. We thought we knew about guide dogs, right? We didn't know about the time & training it takes to graduate from Guide Dog School. Some don't make it. If they do, they're matched with a blind hooman.