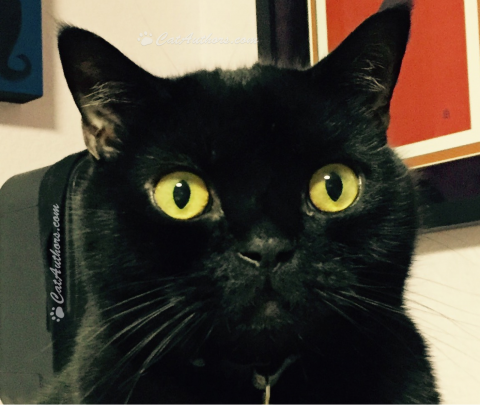 First of all, I'm givin' a yowl out to my only hooman uncle, John B. Happy Dad's Day, Uncle John. My cat dad is Mr. Kool-Kat. Cool name, huh? My mom's pure white but my dad is pure black--like me. My dad, Mr. Kool-Kat, is also Sophee's dad. Sophee looks like her mom. I look like, no big surprise here, my dad. Another no-big surprise? I'm cool too - I mean kool.

DO YOU HEAR THAT? 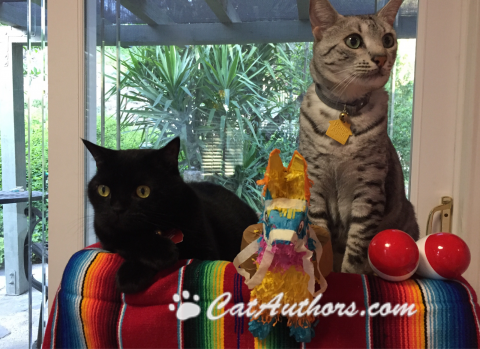 IT'S TIME FOR YOU TO BE IN BED!

What time is it anyway? Whatever time it is, we know it's time for you to be in bed!! We've been waiting and waiting and waiting. Look'it Spirit, he can't even get his eyes open let alone keep 'em open! Put that computer to sleep so we can all sleep. We thank you very meowuch. 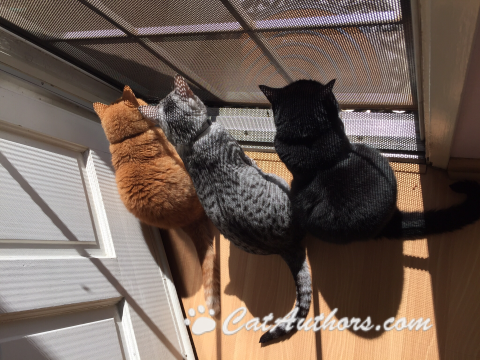 Did U know that April 17 was National Haiku Poetry Day?  So, while we were tryin' to bird-watch and after a lot of hissing & swatting, we wrote our own Haiku poem:

Nest building in eaves despite 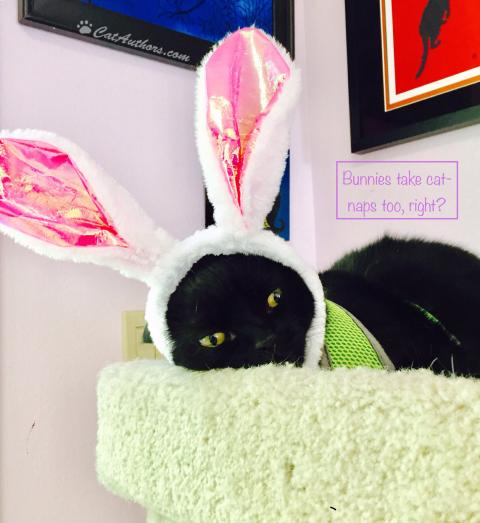 What's wrong with this picture? I'll tell ya'-- these goofy bunny ears, that's what. I don't look like a bunny, I don't feel like a bunny & I don't sound like a bunny--whatever that is. I'm just gonna' take a nap, a cat nap, a bunny nap--whatever. Wishin' you baskets brimmin' with Easter goodies, cavities & calories.

Why am I listenin' to a noisy whatever-it-is? I'm a Kool Kat so I'm supposed to 'get down' and 'get with' the beat. I'm tryin' my bestie. Dig it's spectacles? Hmm. They taste pretty good. You should try 'em. But not to be outdone by a-whatever-it-is, here's wishin' every critter I know & don't know a Happy Easter! 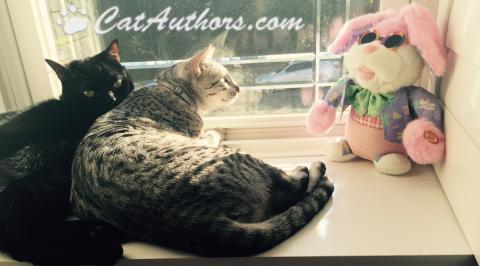 Spirit: What did ya' say? Hippity-hop-hop down the bunny trail? Where's that? Inkee-Bear: Who cares?  Spirit: Take a nap, Inkee-Bear. I'm investigatin' somethin' here. Dude-Big-Pink-Ears here says he's gonna' hop somewhere. Is it outside? Can I come? I wanna' see the bunny trail. Don't you, Inkee-Bear?  Inkee-Bear: You go, I'll nap. 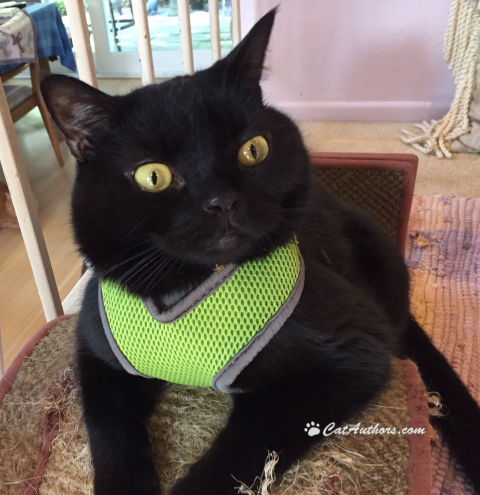 Can't pinch me, I'm wearin' green. See? No one's ever seen a leprechaun? They're guys? They're smaller than small, have red beards, make & mend shoes & wear green hats and coats? That's easy-peasy. If I can't find one, I know who can. Sophee, Gracee or that team of geniuses on the TV show, 'Scorpion.' They'll find one.

IF YOU'LL BE MY VALENTINE... 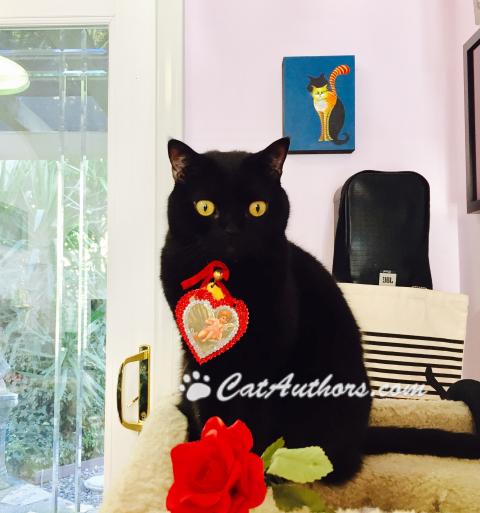 If you'll be my Valentine

I promise that I'll groom you.

YIN AND YANG WHAT? 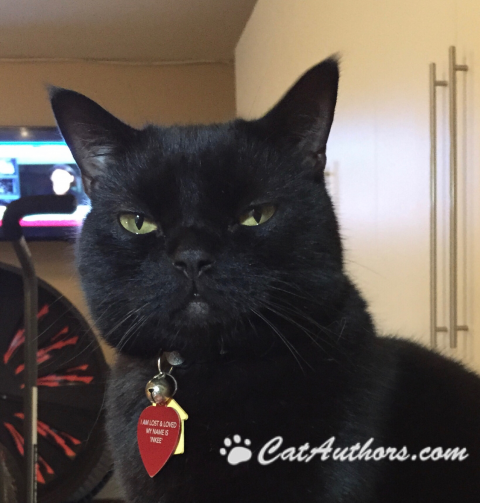 I'm tryin' to understand this Yin and Yang thing. It's complicated, too complicated if you ask me. Meowmuh says it's about having balance. I can walk a beam. Is that balance? Oh, you mean 'inner' balance?  People love me and I love them. So, I must be balanced there too, know what I'm sayin'?  But you already knew that.