LOOKIN' TO THEIR HOOMAN 4 ADVICE 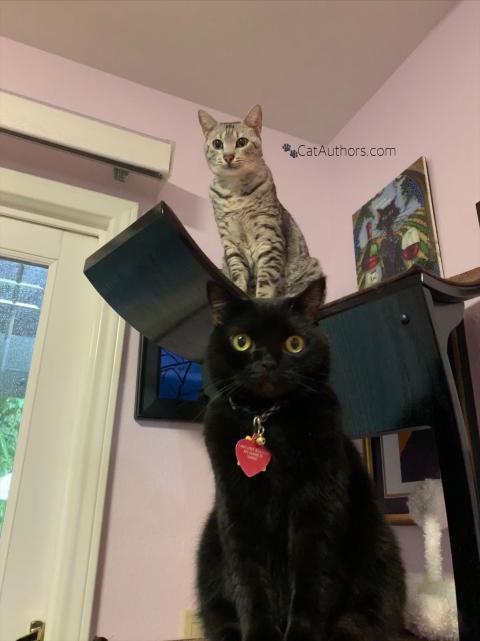 Spirit: How much time do we have to find a Valentine? A few more days? Only a few more days!? Then you need to take us outside in our stroller otherwise we'll be Valentineless. Inkee-Bear: Spirit, calm down. Sophee could be your Valentine but she does get mad when you chase her & catch her. You need to slow down. Spirit: Slow down?

LOOKIN' IN THE FRONT YARD 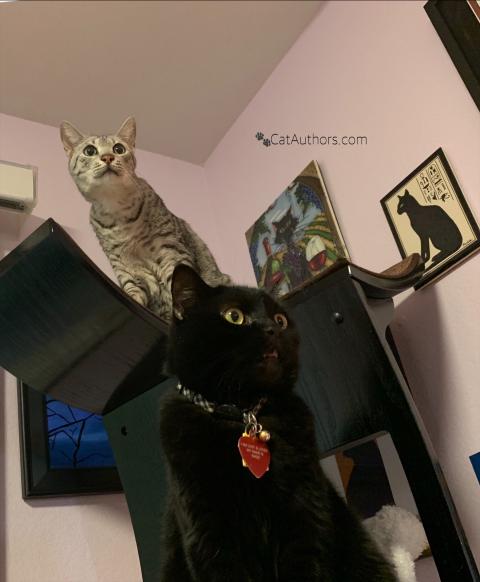 Spirit: I don't wanna' panic or nothin' -- but what if they don't come before Valentine's Day? Inkee-Bear: Then you can ask someone in our house to be your Valentine. Spirit: Huh? You mean like Gracee? She stilll hisses at me. Inkee-Bear: No, not Gracee. She's a hissing machine. Remember when the raccoons came to the back door?

LOOKIN' IN THE BACKYARD 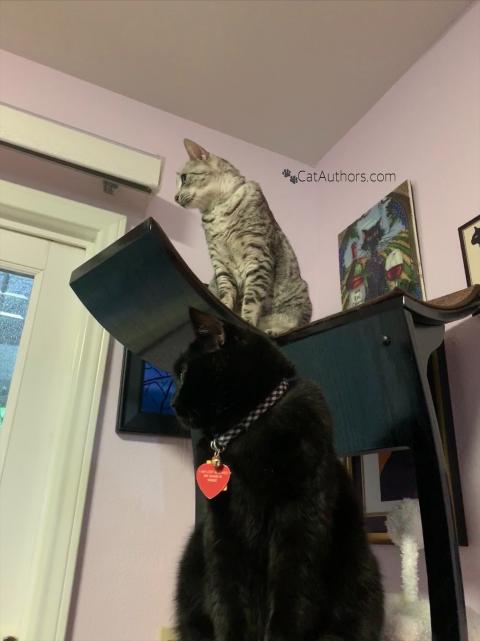 Spirit:  Remember the neighbors' cats that come through our back yard? Inkee-Bear: Yes.The beige ones with the brown faces. Spirit: Yes, those are the ones! 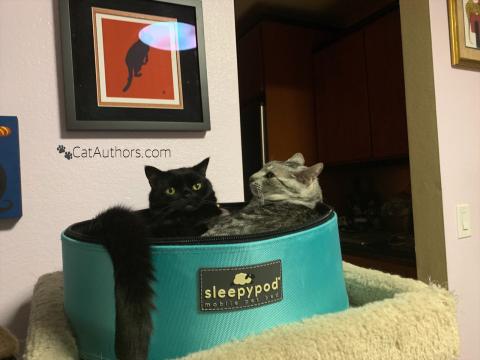 That's a ram? What big ears you have, Mr. Ram. Those are horns? They're hard? So when they ram someone or something it really hurts? Yikes. Then they should win. They're playing the Patriots? Isn't that an automated surface-to-air missle? Our cat-tionary says the Patriots detect & intercept incoming missles/aircraft & probably footballs!

WHAT DID YOU SAY IS BEHIND ME? 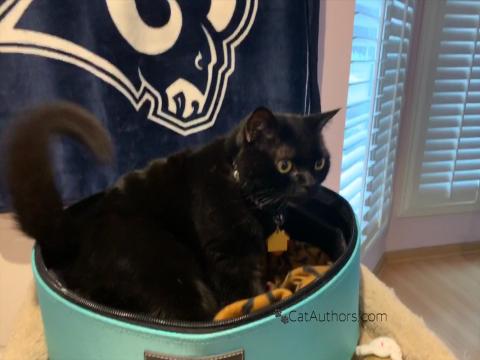 What did you say?  There's a what behind me? A ram? What's a ram? An animal? Never heard of it before. A Los Angeles ram? Are those different from Colorado rams? You've confused me. Lemme' see what this ram thing is behind me. 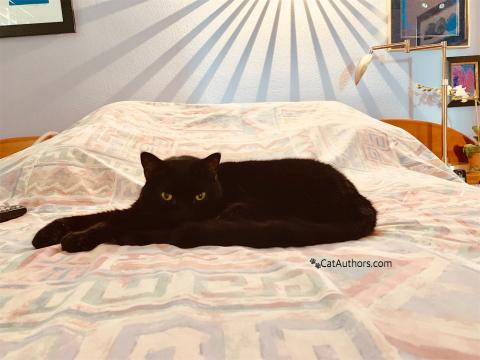 Finally. In case you haven't noticed, I finally have my bed to myself. I guess I should acknowledge that it's actually our hooman's bed but she let's us sleep on it -- sometimes with her in it. 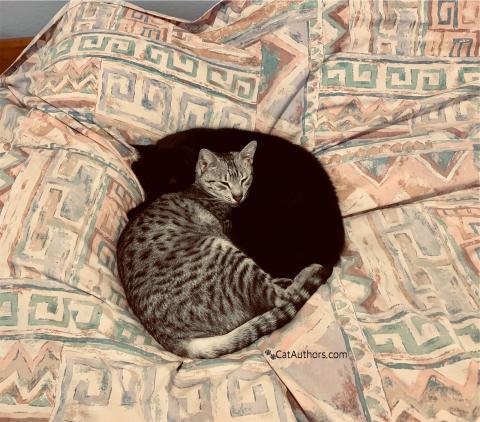 Jeff, our webdesigner, charlescreative.com, thinks our pic resembles the Chinese symbol for Yin & Yang. Yin & Yang has been a fundamental concept in Chinese philosopy & culture since before the 3rd century BCE.

FEEL THAT CUBAN BEAT? (If you can't see this video, CLICK HERE)

Inkee-Bear:  Fire up that new CD! Gotta’ see what that ‘beat’ thing is. Our hooman loves Cuba's music. Spirit:  More than she loves me?  Inkee-Bear:  Probably. 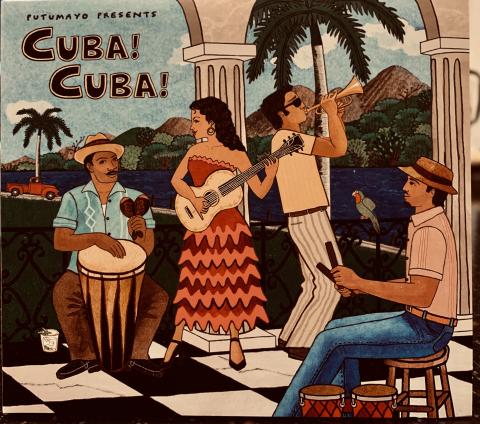 A new CD? For us? A late Christmas gift? A New Year’s gift? Our hooman thinks that music is always a good way to start any New Year. She went to Cuba a few years ago & fell in love with the music. Now she's asking us to listen to Cuban music, to see if we ‘feel’ it -- you know -- the beat.